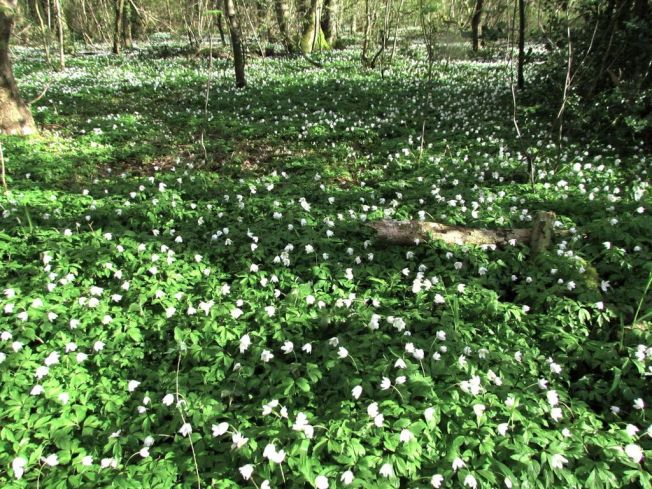 Whatever our expectation, nature has its own agenda and proceeds to its own timetable, which I continue to observe and record.  On Saturday April 27th spring was running around three weeks late by accustomed measure. Many woodland species usually occupying separate moments of dominion, looked set for a more competitive battle for ascendancy than might have been expected.

Cowslip maturity stretched from bud to papery faded bloom throughout mown areas around the well heads close to Core 6 +53° 8’ 4.17  -0° 59’ 19.00. Splashes of their warmer yellow amongst lemony primrose and greener grass were notable, but spectacular drifts of wood anemone created their own dominant white sward that day.

Related colour-ways were continued with cascades of hawthorn blossom pushing against the footpath between waymarks 12 and 13 at +53° 8′ 9.58″, -0° 58′ 49.43″, picked up in creamy nettle flowers throughout the wood and concluded my journey with wild cherry blossom flanking the car park. 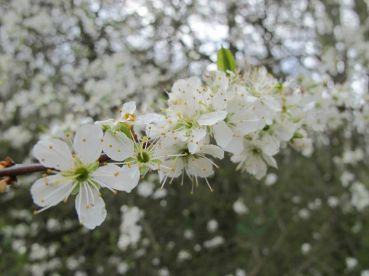 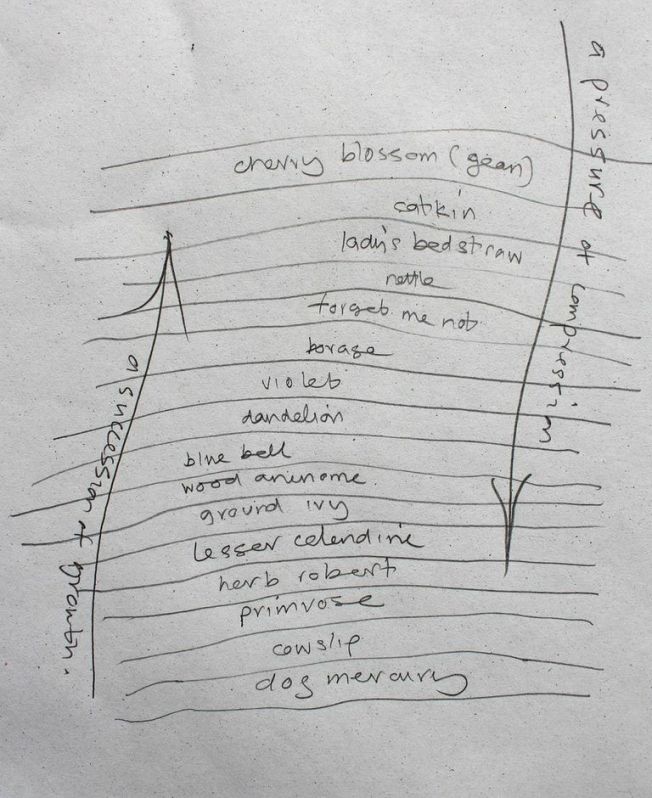 Everything has its own moment in the sun, before being overlain and compacted in correlation to deeper geological strata below. I will have missed most of the bluebells by the time I return, though sufficient had already raised their heads beside delicate diminutive dog violet, herb robert and forget me not, to indicate the local chain of succession.

Small samples were procured and dried, but the olfactory wood has still to reveal itself through hot steam distillation or by fire; though last year’s crab apples and haws have given up a distinctive floral water and sweet smoke respectively.  When I return in June, I hope the honeysuckle may support my mission to find new fragrant potions for a fleeting temporal world.

One thought on “Stephen Turner – Succession”